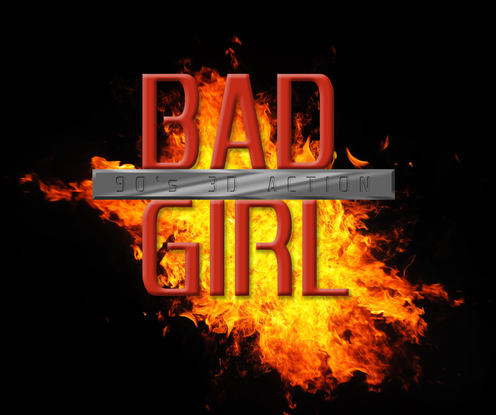 Bad Girl is a single player third person shooter intended to be a throwback to games and movies of the 90's. Players take on the role of an undercover cop as an unknown criminal mastermind throws the city into a complete state of chaos.

A simple shooter at heart, the game features four weapons, each with a secondary fire mode as. Most of the game takes place in the Asuhara Skyscraper.

Bad Girl is a pseudo-solo project I took on to display my range of abilities, including design, art and programming. The only things I haven't done myself are skinning and audio assets.

Agency is the first level I've made that takes place inside the actual skyscraper, where most of the game is going to take place.

The floor is used by the ficticious Central Information Bureau. The antagonist was taken into custody by this agency, using his phone call to call the protagonist, thus setting the events of the game into motion.

After the somewhat linear design of the Terminal level, I set out to create something more circular in design. In this level, players have a much greater range of paths to take to achieve their objective. This is a step towards giving the game a certain extent of additional replayability.

This level started out as a basic pen and paper sketch.

The early concept for the level was for the currently existing level to be surrounded by an additional layer of corridors and offices, hiding the clandestine agency from outside view. The office was only to be accessible once players interact with three Polybius arcade machines, after which a suspisciously large vending machine would open up.

However, after initial testing, it became obvious that the "exterior" section of the level didn't flow well. Wrapping an extensive network of rooms around the hidden center resulted in long distances for players to traverse.

Thus, the decision was made to trim the fat and rebuild the level to focus on the part that was compelling, which is the agency itself.

The level is mostly complete, but will receive some changes.

Something that will be adressed is an increase in enemy variety. Right now, the game only features a single enemy type, but later on there will be others, using other guns, while some will be melee type enemies.

Of course, the level could use some more props to make it look more realistic: posters, pinboards, callendars and other details. There are also some spots in the level which could use additional cover for players to hide behind.